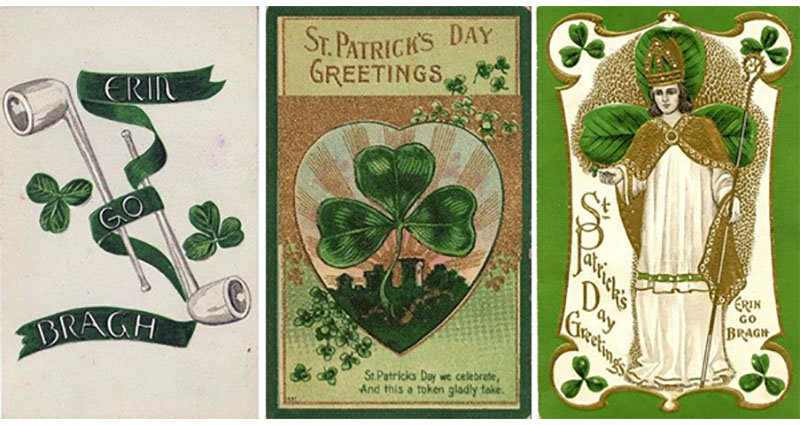 Winter is almost over, which means that the most beloved Irish holiday, St. Patrick’s Day, will be here in no time. Every year on the 17th of March, the death of Ireland’s patron saint is commemorated, this being one of the country’s most important holidays. Let’s discuss some of the symbols of this unique Irish celebration.

Food plays an important role in the history of any culture, and Ireland is no exception. Corned beef and cabbage, soda bread, lamb stew, and shepherd’s pie are among the most popular meals eaten on St. Patrick’s Day. However, it would be fair to say that many of the dishes that are now considered traditional have only been developed after the Irish migration to the United States, which makes them heavily influenced by the Indigenous Americans. These days, other dishes are made and dyed green, especially sweets such as cakes and cupcakes.

The three-leaf clover, commonly referred to as the shamrock, is an important symbol of St. Patrick’s Day and Ireland in general. There are many reasons for why this plant is so important, but the most well-known legend says that St. Patrick used the three petals of the shamrock to preach about Christianity to the Celtic pagans, with the three leaves representing the Father, Son, and Holy Spirit. It also signifies the rebirth of spring, and it is a symbol of Ireland and along with the Celtic harp is a symbol of Ireland.

Just like for every other holiday, gifts are a must for St. Patrick’s Day. From shamrock-shaped jewelry to t-shirts with the Leprechaun, gifts take a special place in the celebration of this day. They are usually traditional or at least inspired by the Irish elements, such as the claddagh ring, the Aran sweater, and the home blessings. In case you’re looking for some inspiration or ideas for your loved ones, take a look at various online Irish gifts suppliers for the best traditional St. Patrick’s Day gifts ideas for every person and budget.

Parades are held not just in Ireland, but also in other countries with a large Irish diaspora all across the world. For example, the first parade in America took place in the 18th century, specifically in Boston in 1760, and it has since become an annual ritual with specific elements, such as the dying of the Chicago River green. Folk music, traditional clothes, and the Leprechauns, another iconic Irish emblem, are generally featured in these parades.

Speaking of which, an Irish celebration would be incomplete without mentioning the little green men. Fun fact: their clothing was primarily defined as red, and it wasn’t until the nineteenth century that they were associated with Ireland and the trademark green color. These beings are frequently represented as shoemakers carrying a pot of gold or hiding one at the end of the rainbow. Apart from being featured in St. Patrick’s Day parades, the leprechauns have their own holiday, which is celebrated every year on May 13th.

Before Choosing from the CBSE Schools in Hyderabad List